Sintet is a rural farming village located in Western Gambia on the Senegalese border, 140km from Gambia’s capital city Banjul. When 5 of us first travelled to it in March 2012, we found a farming community living in basic conditions with no electricity or running water and struggling to survive.

They could not grow crops on their land because: 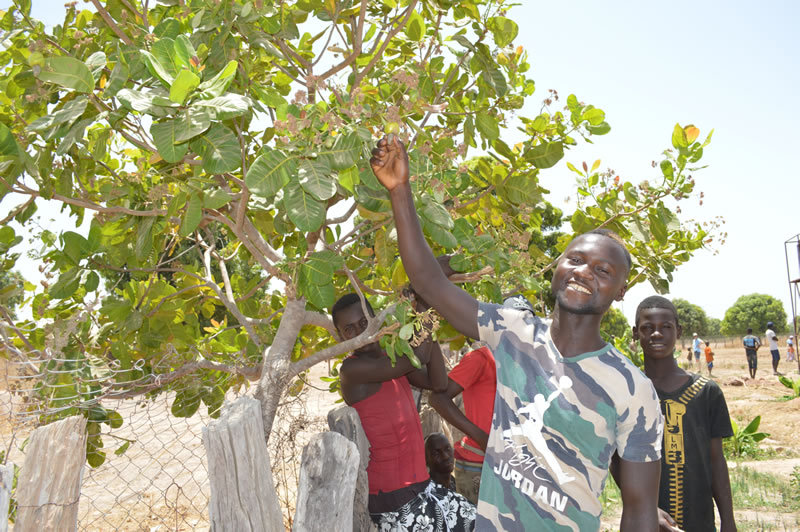 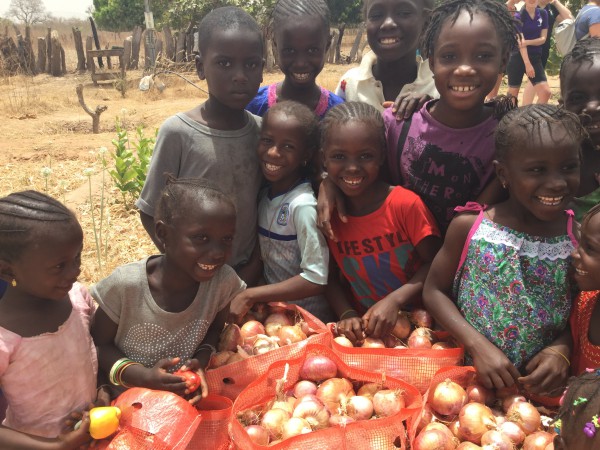 The next stage of the project was to provide a solar powered irrigation and pump system which would enable crops to be grown during the dry season by drawing water up from a bore hole 49 metres underground. Following the tragic death of Mustapha, an 8 year boy who fell down one of the wells and 2 years of drought in the ‘rainy’ season, the need for the pump was heightened. So in March 2015, the ‘Well of Life’ appeal was launched. Over £12000 was raised and during Project Gambia of April 2016, we saw the solar panel powering the pump, filling 4 large water tanks. Water from the tanks feed water to the 6 taps on the farm. There was running water in Sintet for the first time! The 4 large water tanks provide 20,000 litres of water a day, which means that crops can be grown all year round; feeding the whole community.

In June 2016, 1500m of trenches and pipes were dug and laid by hand. Sixteen taps were installed, providing clean drinking water for the whole of the village.

Karamo, one of our friends in Sintet, writes:

‘Finally, the water is running. Unbelievable, the villagers cannot believe it. They were so delighted that lots of them were in tears. It was very emotional. A very, very big thank you to everyone behind the realisation of this dream. Thank you a million times! This is the message from the villagers.’

In April 2017, Jabang Tamba was employed as full-time manager of the farm. His role is to oversee the running of the farm to ensure that it is self-sustaining, providing crops for the village and paying for his employment.

Under Jabang’s management the farm is really beginning to flourish. An area of land has been sectioned off for some of the women in the village to use, and irrigation pipes have been laid. A wide range of crops including cashew nuts, beans, onion, nuts, tomatoes, bananas, sorrel, oranges and cassava are being grown.

In addition to providing food for the community, the crops are sold at local markets creating the funds needed for basic essentials, such as medical care and education for the children. 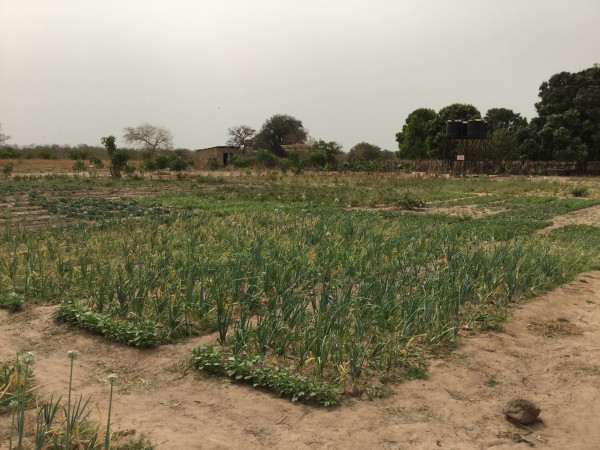 Request was denied for some reason.

View the story behind the installation of the solar panel and water pump at Sintet farm.