Named after its main river, the Republic of The Gambia is the smallest country in mainland Africa, it is 4,127 square miles in size with a population of around 1.9 million. The capital city and seat of government is Banjul, but the most populous district is Serekunda where around 350,000 people live. There are at least 9 different ethnic groups native to The Gambia, with Mandinka, Fula, and Wolof being the largest, with a long tradition of peaceful coexistence between the different groups. This is further reflected in religious tolerance, where the 96% Muslim, 3% Christian, and 1% tribal religion populations live in mutual respect, often celebrating each other’s festivals. Because of the broad range of tribal languages the majority of Gambians are multilingual, and the official language used in government and education is English. 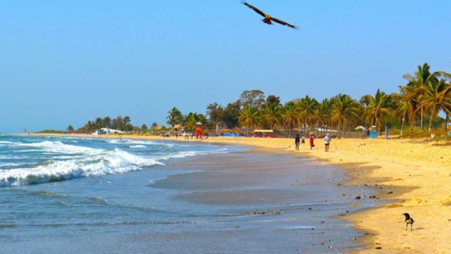 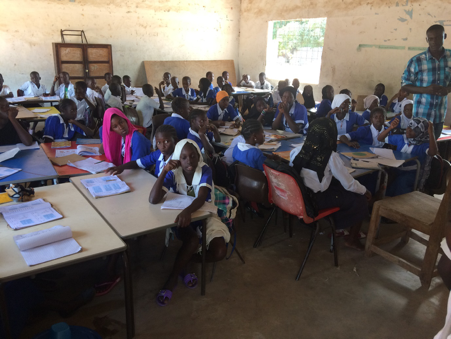 Tourism is a major source of income for The Gambia with virtually guaranteed sunshine and a wealth of wildlife making it a popular destination for bird watchers. Otherwise the Gambian economy is mainly agricultural with people earning their living from their farms or from the sea, and the export of groundnuts is a valuable source of foreign currency.Primary education is compulsory but limited resources and infrastructure means that around 80% of children are actually enrolled in school. Whilst the government schools are free, students have to provide their own books and other equipment, which can be a challenge for many families. Literacy rate is 65% for males and  48% for females, this disparity is largely due to historical cultural factors, and primary enrolment rates for boys and girls are now almost exactly the same. Life expectancy in The Gambia is 60 for females and 58 for males with an improving programme of immunisation for children that ranks amongst the best in Africa. There is a network of clinics to provide basic primary health care, but there are shortages of financial and logistical support and of trained staff.

The first reliable accounts of The Gambia were provided by Arab merchants in the 9th and 10th centuries AD. They traded throughout West Africa at that time, exporting slaves, gold, and ivory, and importing manufactured goods. Over the following centuries various regional powers ruled Gambia, most notably the Mali empire (1230-1670), famed for the wealth of its rulers and its scholarship.

From the 15th century onwards European traders and nations had an increasing influence in West Africa. Various attempts were made by Portuguese, French, and English traders and explorers to colonise the Gambia river and exploit the trade in slaves and gold. By the 19thcentury, through a series of military victories and treaties with tribal leaders The Gambia had become a part of the British Empire.On 18th February 1965 The Gambia became an independent country with the Queen as head of state, and on 24th April 1970 became a republic within the British Commonwealth.

The first president, President Jawara, was re-elected 5 times until in 1994 a military coup was staged by Yahya Jammeh, who led under military rule until being elected president in 1996, a position he held until the 2016 electoral victory of Adama Barrow, who is currently president.Under President Barrow the Gambia is going through a period of restoration following human rights abuses and suppression of dissent under the previous presidency. The country has signed up to international treaties promoting human rights, injustices under the previous regime are being investigated, and the ‘Truth Reconciliation and Reparations Commission’ is tasked with bringing reparation to victims of the former regime and bringing the guilty to justice. These changes are leading to increased investment in the country and to the return of Gambians who had fled the previous regime.